There is a general appreciation that Sony and Nintendo are cornering the market with nostalgia, and sadly that’s not the case. If anything, the biggest names in the industry right now are coming in very late to the party by offering licensed products that allowed gamers and new ones to relive the glory days of the 4th and 5th generation of gaming. Nintendo was the one to try their hands at it first, and they took an embarrassing hit when they failed to capitalize on the frenzy that was triggered by the announcement of the NES classic. Now Sony joins the party, but it may a little too late for them. 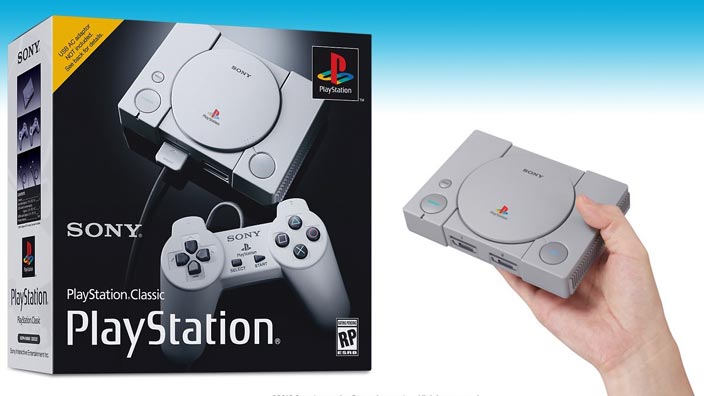 The Product and What it represents

The PlayStation Classic is merely a small version of the original PlayStation, released by Sony in 1995. The main objective of the project is to capitalize on the nostalgia of regular consumers with a tight selection of twenty of the console’s best sellers of its day, much in the same fashion as the mini NES and SNES classic offerings.

The games are preloaded, and it’s not possible to add more or replace them. The unit is powered by plug-in it to a USB drive or with a standard smartphone charger that is not included in the box. You also get two controllers that feel a lot like PS1 originals but don’t include rumble option or analog sticks. The console itself is akin to the first release of the PS1 in every sense, even in the way it loads the games from the virtual memory stick that contains the games.

What does this represent for us? Sadly it’s a late entry and a lousy attempt to capitalize on the success of Nintendo with their classic offerings. Unlike Nintendo, you can’t really feel the love on this release, to put it bluntly. The games are offered in all their unedited 3D glory, but the time has not been kind to most of them, even if they are dearly beloved classics such as Final Fantasy VII, Oddworld or the original Metal Gear Solid. Nintendo took some time to refresh the games released on their consoles and made the package very attractive y making most of visible at 1080p.

The Gameplay and the Verdict

Offering first-generation 3D games without a little tweaking can because of frustration for new audiences. Final Fantasy VII is getting a remake precisely because the fans want to experience the game without the bugs and crazy camera angles of the old version. We are not expecting full reworks of these games, but a little polishing would have made the release worth of the investment. The PS1 doesn’t offer anything new to people who love emulators. It can certainly work for many casual gamers who will probably buy it out of curiosity just to become incredibly frustrated at the performance issues.

The choice of Games also seems a bit odd, Sony went with their most popular franchises but chose to leave out the best sellers from the list, being the most notable case the choice of the original Grand Theft Auto over the sequel, a game that changed the face of video games for the rest of the world. It’s unfortunate to see such a wasted effort. Sony probably will feel the backlash and do better in the future if they ever try to pull the same stunt with the (still) best-selling console of all times on their end: The PlayStation 2.