Steam is littered with a lot of early access sandbox survival games that promise to deliver an unrivaled gaming experience but so few live up to the hype. However, if you search hard enough you will definitely come across some incredible survival games that will blow your mind. We’ve played the following games and can honestly vouch for them as the greatest survival games ever made.

Life is Feudal: Your Own 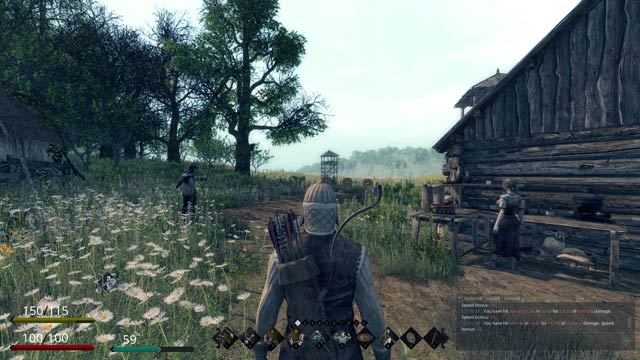 Life is Feudal: Your Own is a very, very deep game. Despite its complex manner, this game delivers the most rewarding experience of any survival and/or sandbox game currently in existence. To build, to hunt, and to survive takes effort and time. But the mechanics are a joy and although the game is still in early access, and despite the depth its mechanics, it one of the most polished early access games you can find on Steam. The visuals are beautiful and the world is immersing, and what makes this so amazing is that the world can be entirely terraformed; mountains can be flattened, tunnels can collapse, rivers can be emptied. To get the best experience you should play this game with friends on your own server (or with us!). The game supports up-to 64 players, but is heading into MMO stages next year with an unlimited procedural generated world and support for around 10, 000 players!

If you are a fan of survival games, there is no way in hell you can skip this game. Many gamers have sung the praise for this game and it is well deserved. This is the first “somewhat” realistic post-apocalyptic game that puts survival ahead of combat. It’s a game that only ends when you die, and surviving is no easy task. The electricity gets shut out, water runs dry, and buildings deteriorate. On top of that you can die from food poisoning or from the flue! Playing this game online with friends is a huge bonus. You can either play with us on our server or rent your own from Fragnet — they are cheap as chips! I have clocked 210 hours already and plan to spend many more hours in Project Zomboid!

In my eyes, Planets³ is the true successor to Minecraft. It’s a voxel-based sandbox survival game with a deep and compelling story and space exploration! To boot, the graphics are beautiful! Crafting also takes on a whole new generation with the implementation of technology. You can make weapons to destroy your enemies, vehicles to traverse the planets, and eventually a spaceship so that you can explore life on new planets! The way Cubical Drift deal with gravity physics on these cubic planets is absolutely brilliant. The pre-alpha already has me super excited. Roaming the world, looking into the sky to see a distance star which you can travel too… it is amazing. You can also invite a friend to play cooperatively through the story, or you can play PVP and have a space-race! (They are even considering have planet collisions)

This War of Mine

I commend the developers for making such a deeply moving survival game. This War of Mine is also an entirely fresh take on the survival genre. It is a 2D platform game that has some of the deepest survival mechanics I’ve seen in any game. It’s deep, but it is not complicated at all. When you jump into game you don’t even get a tutorial; the game-play mechanics are just that simple, but in no way is it a simple game. Managing a handful of war survivors can push you to your limits. Feed them, keep morale up, prevent them from getting shot by snipers! Heck, if your survivors don’t die of starvation, they might just end their lives before it gets to that point. This War of Mine is masterpiece, and is well worth the dosh.

Though ArmA III is not marketed as survival game, it has better survival mechanics than a lot of the Unity based games on the Steam market right now. Yeah, it’s a first-person war shooter, but the enemy in ArmA III is the least of your problems. Making sure you are hydrated, fed, and not wounded just so you can soldier on through the massive map and hopefully find your target. ArmA’s game-play mechanics are what inspired the creation of DayZ (which was actually an ArmA II mod before it was a standalone game). In many ways the ArmA franchise was one of the first to usher in the new generation by delivering a game that truly takes every thing into consideration when at war. ArmA III is actually free this weekend on Steam, pick it up, try it, and you will understand what I mean.

Each one of these games is available to play right now. Project Zomboid, Life is Feudal: Your Own and Planets³ are still early access, though — but, if you have the money to spend, don’t hesitate, go and buy them now. You will not regret the purchase. Alternatively you can watch me live-stream all of these games on Twitch. Just watch the video above!